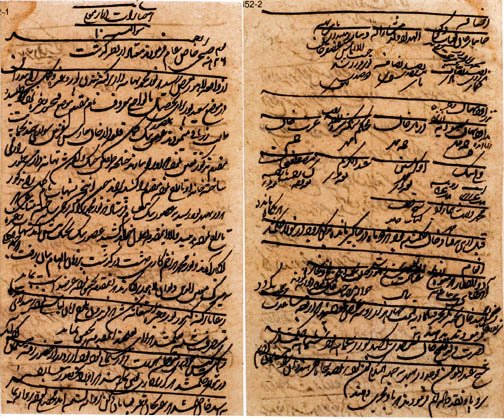 11. LARGE NUMBER OF CONVERSIONS BY FAUJDAR, BITHUR: GRANT OF SAROPAS AND CASH SANCTIONED BY AURANGZEB

‘Shaikh Abdul Momin, the Faujdar of Bithur, wrote to Jumdatul Mulk that he had converted one hundred fifty Hindus making them Musalman, and had given them saropas and cash (naqd). The Emperor said “continue giving liberally.”’
Akhbarat-i-Darbar-i-Mu‘alla,
Julus (R.Yr.) 10, Shawwal 26 / 11th April 1667.
Commentary:
This is only one of the few recorded evidence of the State subserviently acting for the advancement of Islam during the Medieval period of India’s history (1200-1790 A.D.). The process in its most invidious form was operative throughout Aurangzeb’s reign as it had been for more than three hundred years from 1200-1526 A.D. under the Delhi Sultanate, specially during the time of Sultan Firuz Tughlaq (1350-88 A.D.).