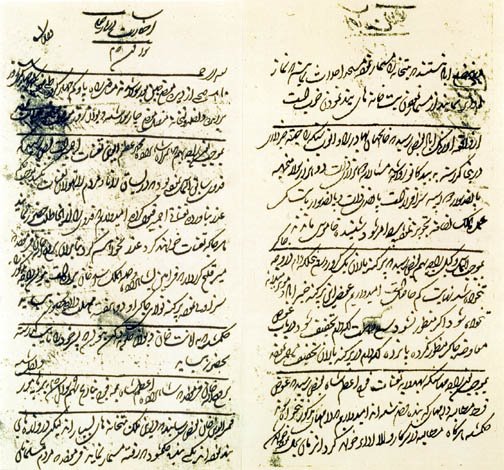 41. Problem of converting closed Temples into mosques in Burhanpur district.

“Qamruddin Khan reports that in this mulk (in the region of Burhanpur), there are numerous temples, though their doors remain closed. A royal servant be sent to demolish them. The Emperor observed that in that zila, Musalmans are not settled (in enough number), necessitating their demotion to give them the look of mosques so that the Musalmans may perform namaz there. It is best that temples remain as such with their doors shut (or bricked).”

The above document explains the reason which led Aurangzeb to spare many other closed Temples in the Deccan instead of having them demolished. The reason was not that good sense had at last dawned upon him, or that he had suddenly imbibed the catholicity and other liberal qualities of the Hindus, but because converting the Temples into mosques was not likely to serve any purpose on account of very sparse population of the Musalmans in the district. Besides, it would have further antagonized the Marathas and the Hindus. His son Akbar having revolted (January 1681) had joined (June 1681) the Maratha king, Shambhaji, posing a serious threat to his position in the Deccan.