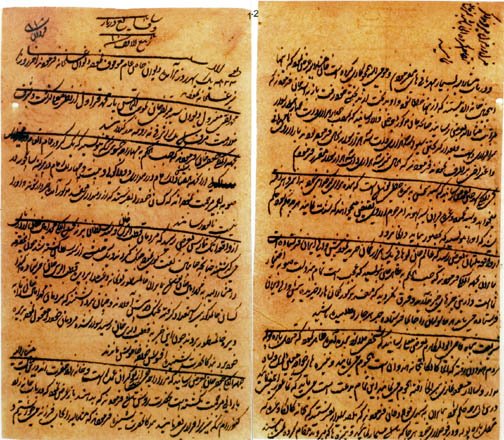 16. DEMOLITION OF KALKA TEMPLE, I

“The asylum of Shariat (Shariat Panah) Qazi Abul Mukaram has sent this arzi to the sublime Court: a man known to him told him that the Hindus gather in large numbers at Kalka Temple near Barahapule (near Delhi); a large crowd of the Hindus is seen here. Likewise, large crowds are seen at (the mazars) of Khwaja Muinuddin, Shah Madar and Salar Masud Ghazi. This amounts to bid‘at (heresy) and this matter deserves consideration. Whatever orders are required should be issued.
Saiyid Faulad Khan was thereupon ordered (by the Emperor) to send one hundred beldars to demolish the Kalka Temple and other structures in its neighbourhood which were in the Faujdari of the Khan himself; these men were to reach there post haste, and finish the work without a halt.”
Siyah Waqa’i-Darbar,
Regnal Year 10, Rabi I, 23 / 3 September 1667.
Commentary:
Kalkaji’s Temple which stands today was rebuilt soon after Aurangzeb’s death (1707 A.D.) on the remains of the old Temple dedicated to Goddess Kali. The two Akhbarat dated R.Yr. 10, Rabi I, 23 and Rabi II, 3 (Sept.3 and Sept. 12, 1667) provide details regarding the demolition of the Temple on Aurangzeb’s orders. Since 1764, the Temple has been renovated and altered several times but the main 18th century structure more or less remains the same. The site is very old dating back to Emperor Asoka’s time (3rd century B.C.). There is mention of Kalkaji in the Maratha records of 1738. People flock to the Temple in large numbers, especially during Navratras.