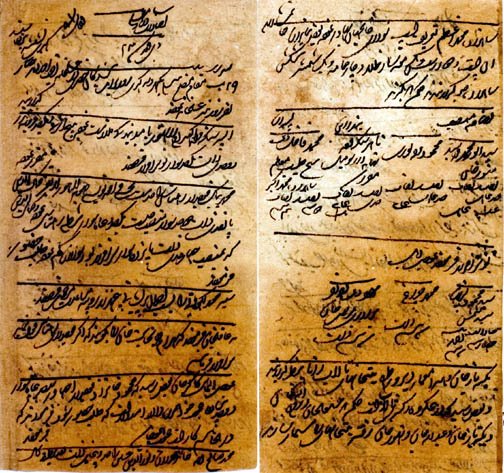 31. ORDERS FOR THE DESTRUCTION OF TEMPLES ON THE BANK OF MAHARANA’S LAKE, UDAIPUR

“Yesterday, Yakka Taz Khan and mimar (architect or mason) Hira brought before the Emperor the tarah (plans or designs) of the Temples built on the bank of Rana’s lake and submitted that at a distance of about five kos, there was another lake also. It was ordered by the Emperor that Hasan Ali Khan, Ruhullah Khan, Yakka Taz Khan, Ibadullah Khan and Tahavvara Khan should go and destroy the Temples.”
Siyaha Akhbarat-i-Darbar-i-Mu'alla,
Julus 23, Zilqada 29 / 23rd December 1679.
Commentary:
Though Maharana Raj Singh of Mewar was at war with the Mughal Government at that time, having come out in open support of the Rathors who were fighting against unjust and high handed resumption of Marwar, there was no justification whatsoever for demolishing nearly three hundred Temples in Mewar alone. One may note that even in peaceful times, the Temples were the chief target of Muslim vandalism as was the case with such sacred shrines as of Bindu-Madhava and Vishwanath at Banaras, Keshava Rai at Mathura, Jagannath at Puri and Somnath in Gujarat, all of which were demolished by Auranzeb’s orders. Aurangzeb’s religious bigotry, though praised by the Muslim historians, has lived on in national memory as a disturbing fact since it has sanction of his religion, though it has been denounced by all Hindu writers, poets and common men.