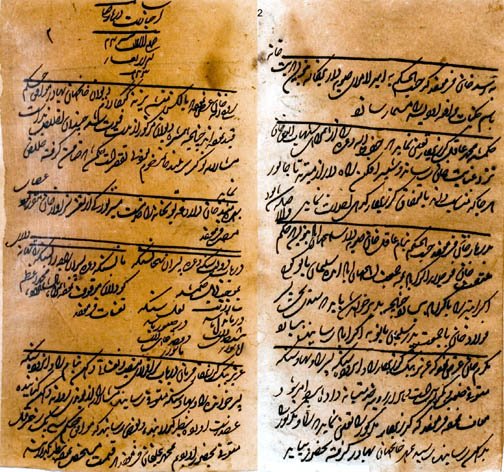 38. ORDERS FOR THE DEMOLITION OF JAGANNATH TEMPLE, ORISSA
“The Emperor ordered Asad Khan to send hasbu ‘l-hukm to Amir-ul-Umara, the Subedar of Bengal, to demolish the Temple (but-khana) of Jagannath in Orissa.”
Siyaha Akhbarat-i-Darbar-i- Mu‘alla,
Julus 24, Jamadi I, 23 / 1st June 1681.
Commentary:
The sacred Jagannath Temple at Puri in Orissa, revered by all the Hindus, is situated in sacred Kshetra of Purshottama Jagannath. Puri is a well known centre of pilgrimage in Eastern India on the sea shore of Bay of Bengal. It is said that there was a Buddhist shrine here in ancient times. After the great revival of Hinduism, it became an important Vaishnavite centre and images of Krishna, Balram and Subhadra were installed in the Temple. The sacred Kshetra of Purshottama Jagannath is described in Brahma Purana as “the greatest and the highest tirtha.”
It is difficult to say who built this magnificent Temple, but we certainly know that it was restored in the 9th century by Yayati Kesari and that it was renovated by King Chand Gangadeva in the 12th century, and a few decades later Anang Bhim Deva of the same dynasty (Ganga Vamsha) restored the shrine compeltely. The structure which stands today is the same, though it suffered damage from time to time at the hands of Musalman invaders, such as by Sultan Firuz Tughlaq in 1360 A.D. The Temple was partly demolished but the local people continued to visit the Temple for worship soon after the original Temple was restored.
The Temple records inform that one of the queens of Raja Man Singh of Amber, when he was the Governor of Bengal and Orissa during Akbar’s time, added a mandap in this Temple in the 16th century. A Maratha sardar of the Bhonsle family restored the Bhog mandap later. The Temple was visited by eminent Vaishnava saints – Ramanuja in 1122 and 1137 and Chaitanya in 1515 who stayed on here till his death in 1531.