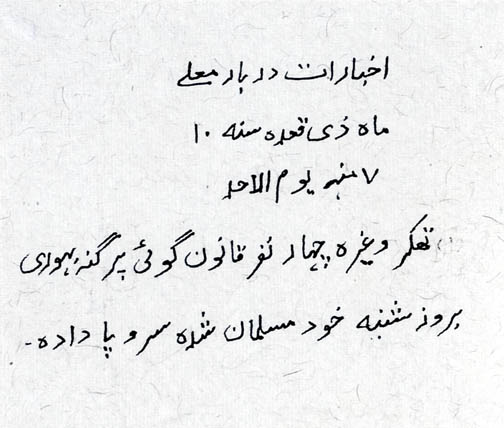 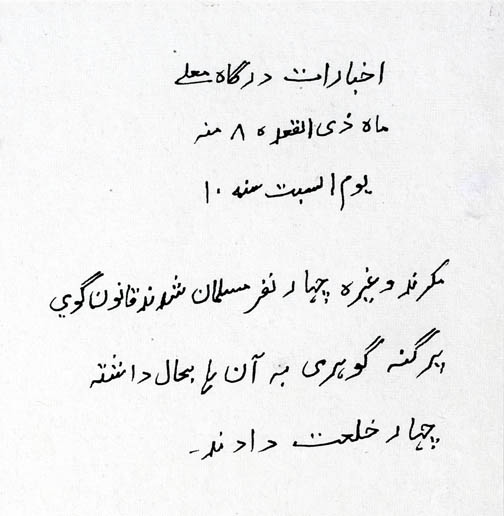 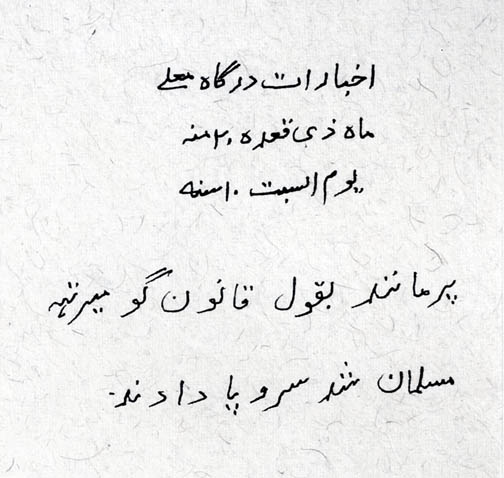 Of the three Akhbarat of April 21st, April 22nd and May 4th 1667, the first mentions that Thakkar etc, four Qanungos of parganah Bhure, became Musalman and were awarded dresses of honour; the second says that the office of Qanungo was restored to four persons (Makrand etc.) on becoming Musalmans; the third records that Parmanand, Qanungo of Meerut, became a Musalman ‘as promised by him’.