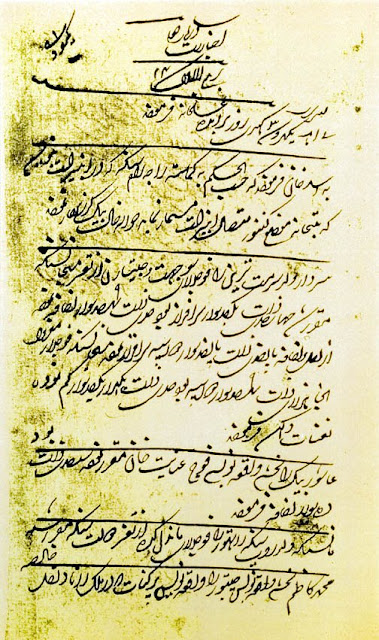 44. Order for demolition of the Temple at Goner (Amber)

“The Emperor ordered Asad Khan to send hasbu ‘l-hukm to Raja Ram Singh’s gumashta in Amber to demolish the temple in mauza Goner, near Amber, and to hand over its possession to Jamal Beg, gurzbardar (mace bearer).”

There was no provocation for Aurangzeb’s ordering demolition of the Goner Temple, since the Jagdish Temple at Goner, as per tradition, had been built in Akbar’s time. It is however a known fact that Aurangzeb’s distrust of and dislike for Maharaja Ram Singh of Amber had never abated ever since the escape of Shivaji from Agra (19th August 1666) in which Kumwar Ram Singh’s hand was suspected by the Emperor.